I just found a massive fucking playlist of Ska, Ska-Punk, Reggae, etc - all released *this* year.

111 hours of brand new ska to check out.

The Skluttz - Ska-Punk in the vein of Less Than Jake, with a female lead vocal.

Open Season - Rocksteady
TradSka with a modern feel. I like them a lot.

Highmoon Ska - Kehidupan & Batas Waktu
Ska by way of Indonesia. I don't know what these songs are about, but they're fun to listen to.

The Suicide Machines new album came out in March, and that feels like 60 years ago.

Also, holy shit, I've been listening to this playlist forever and I'm still in April.
Also Also, April 9th was apparently a big day for Ska releases this year.

If there's one thing I'm learning from this process, it that there's a veritable *fuckton* of positively mediocre music released in a year.

I feel like I've been listening to this 2020 Ska Releases playlist most of my adult life.

I'm not even out of April yet.
Based on the scrollbar, I'd say I'm about a third of the way through.

At this point, I'm taking it as a personal challenge to get through this list by the end of the year.

HEY-SMITH - Life in the Sun is a pretty good album, I think.

I'm finally into May!

Spotify needs a "bookmark my position in this absurdly long playlist" option.

Ska cover of the theme song from The Mandalorian? Why not?

I'm realizing now, halfway through this fucking list, that I should have been putting the stuff I liked into a separate playlist. I didn't do that though.

I'm into August now!
I had originally planned to go back through the 2019, 2018, and 2017 lists as well, but this has honestly been a chore for me, and I as much as I love ska (I really do) there's a lot of very bland, unremarkable music released in a year.

Also, new music is still being released and added.
There are now something like 145 hours of ska on this playlist.

I don't mind it when a band puts one dub song on a Ska album - it's a nice departure, a change of pace - but I can't listen to a whole album of dub songs, because holy fuck is this some tedious bullshit.

To the small handful of people who are both fans of Ska-Punk *and* Emo, Millington's Brass Emo, Vol 1 is pretty fun!

Their cover of Less Than Jake's Look What Happened (with Half Past Two, who I also love) is really great.

WANK - White Knuckle Ride is pretty good!
Like Less Than Jake without horns. (I legit thought is *was* LTJ when the album started.)

@PostMasterGeneral If there ever was a year to bust out the trumpet... 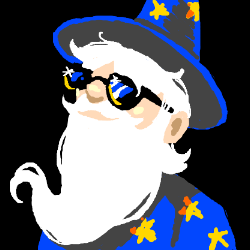 @PostMasterGeneral hell yeah, I love my music the way I live my life: eh, ok

I respect this, and you.

@PostMasterGeneral jeez yes, this so much

The guitars do, but only on the beat.